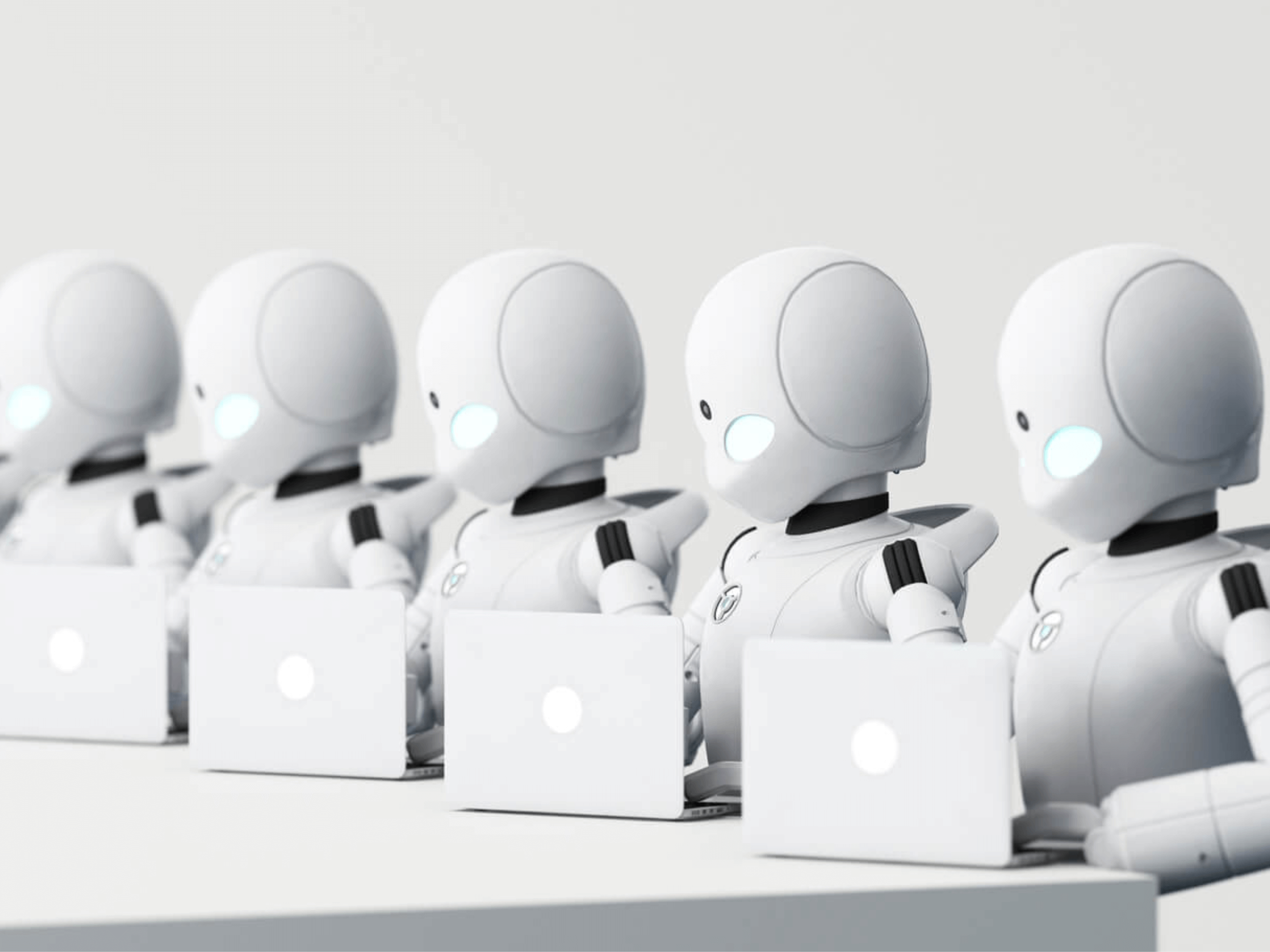 AI writing tools like ChatGPT are designed to respond to questions using fluent English syntax. You enter a prompt and the algorithm responds with a bunch of words written in natural language.

ChatGPT and the pack of competing AI nipping at its heels are impressive, from a technology perspective. They write in a very human-like way. And they pull their responses from a deep well of internet text sources, including academic articles, blog posts, books, Wikipedia entries, etc.

But here’s the thing…

They’re not loveable StarWars characters or scary dystopian novel villains. They have no personality.

They don’t read. Or write. Or evaluate the content they’re creating. They just spit out responses to prompts. Period.

On that note, it’s worth mentioning that the facts and opinions generated by AI writing tools aren’t always accurate or appropriate. There are downsides to relying on vast, un-curated datasets scraped from all over the internet.

ChatGPT and tools like it are prone to mixing fact with fiction and capable of producing biased, potentially harmful answers. As an example, you may want to read about the ChatGPT response that suggested it was okay to torture people from certain minority backgrounds.

Based on this problem alone, I believe organizations will want to stick with REAL WRITERS for many, many topics.

Ultimately, these AI writing tools are going to be used to churn out large quantities of mediocre content on shallow topics. Because that’s what they’re good at. That’s what organizations can rely on them to do.

So if you earn a living churning out large quantities of mediocre content – you’re in trouble. It’s definitely time to ponder a career change. But that’s a good thing because it seems like your work is stressful and depressing.

For most of us, AI writing tools are just eliminating the kind of work professional writers don’t want to do anyway. No one truly enjoys creating shallow listicles and clickbait articles. So let ChatGPT do it. That’s fine by me.

I’ll focus on creating purposeful, powerful content that says something worth saying – and says it with some degree of creative flair.

Thanks for reading. Subscribe to my popular newsletter and get writing tips, timely insights, and helpful resources delivered to your inbox every second Wednesday.

Thanks for subscribing! Please check your email for further instructions.

Something went wrong. Please check your entries and try again.